When I was young I had an unprecedented spot of luck: Pembrokeshire, where I grew up, was home to a number of oil companies and their refineries, and unbeknown to me at the time one of the oil companies (I cannot remember which I’m afraid) used to offer sponsorship to members of youth groups. Now I have no idea how this came about, literally the first I heard about it was when I was selected, but through my membership of the Scouts my name was chosen for sponsorship on a tall ship voyage with the Sail Training Association. I couldn’t believe it! It was all very short notice and all very exciting, and, having the kind of mum who believes that travel and adventure are an important part of life, I was allowed to go. It was amazing. I was 17 years old and was about to embark upon a 2 week sailing voyage in a genuine tall ship!


Tall ships had really captured my imagination ever since 1991 when the Cutty Sark Tall Ships Race began in my home town. The local dock, which previously had been home to trawlers and fish markets, was revamped into a ‘marina’ (oooOOOooo!) and the adjacent part of town was given a huge makeover. Grotty potholed roads were replaced with smart block paving, and new ironwork bins, benches and lamp posts were installed all around. Tall Ships Race fever came to town planning, local schools, basically everywhere in the town. Lessons in my primary school were given around tall ship recognition – do you know your sloop from your ketch? Your barque from your brig? Tall ships became the subjects of school art competitions and school visits were organised to the new marina and to look around the ships that had congregated in advance of the start of the race.

Thanks to the fact that my dad’s work was based with the refineries, as a family, we were even allowed to visit on board the largest ship entered into the race, the Dar Młodzieży. This ship is the first Polish-built, ocean-going sailing vessel to circumnavigate the globe, and at nearly 360ft in length, it couldn’t fit into the docks. Instead a berth had been arranged at a jetty of one of the oil refineries, where the oil tankers would berth to offload their cargo of crude oil for refining. In case you’re wondering how to pronounce Dar Młodzieży, my best tranliteration is: ‘Darmladjetsy’. I remember that a crew-member taught my mum how to pronounce it, and she taught me by likening it to “darn m’jersey”, which has just stuck with me!

I was also a reasonably accomplished dinghy sailor by the age of 17. During summer holidays from school, rather than simply get a child minder to take care of us, my mum (who worked long hours) would often enroll my brother and I in some form of activity to keep us occupied. One summer this had involved learning to sail in tiny Optimist dinghies on the lake below a local castle. We both took to this like ducks (or dinghies!) to water, and the following year became founder members of a new sailing club. I took part in race seasons and my brother even went on to be part of the Welsh Sailing Team in the Topper class.

So you see how the stage was set for my excitement at winning this trip!

Conscientious as I was back then, I wanted to make sure that I showed my gratitude to both the Scouts and my sponsor, so I supplemented my photos with a diary-style travelogue that I wrote during the trip (or voyage – that’s what you call it when it’s at sea), and afterwards I made the lot into a presentation. A little while ago, in the process of moving house, I once again stumbled over this diary. I had found the photos before (they really are bad – the camera I had back then was one of those film 35mm cameras you used to get that was so basic it didn’t even take batteries. No zoom, no features, just point, shoot and hope. But excellent memories none-the-less) but I had completely forgotten that I had even made a diary of the trip. My first ever foray into travel writing, in fact. It was fascinating to read it again and be reminded of bits of the voyage that had completely escaped my memory.

So I thought I would edit my little travelogue slightly and put it here in installments. My very own account of my two weeks at sea in the STS Sir Winston Churchill, by 17 year old me :) 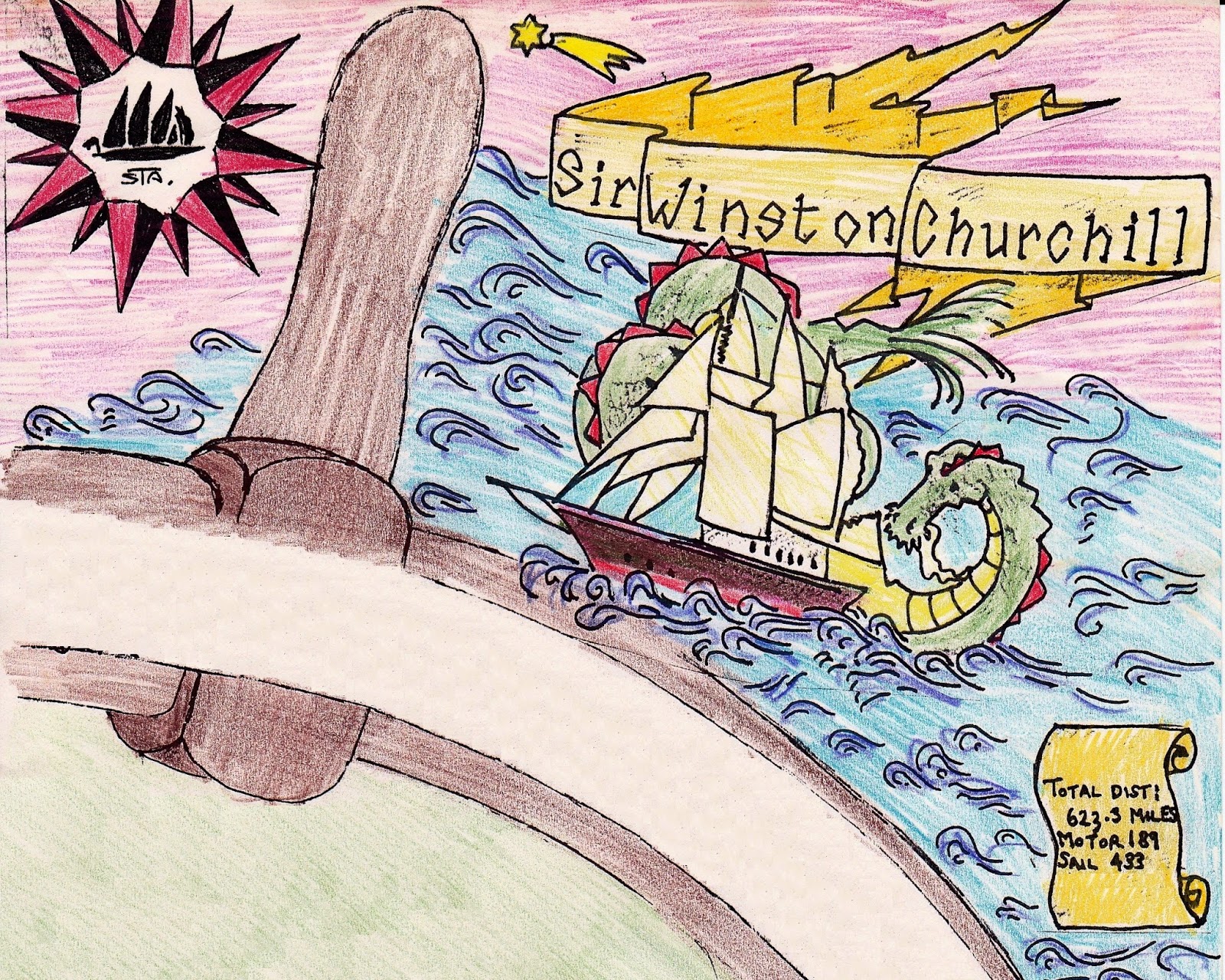 Welcome to my blog and thanks for visiting!

Here you can read about my endeavours to spend my time in pursuit of the worthwhile.
From travelling to crocheting, reading books to riding bikes, and generally trying to be always learning, experiencing or creating new things :)